“Tooth worms” are the cause of tooth decay. That was the headline of a Sumerian text from around 5,000 B.C.E. Fortunately, the dental industry has evolved since then and we know “tooth worms” don’t exist. Here’s how dentistry has evolved into the comfortable, safe, and beneficial science of today.

Did you know that the ancient Egyptians had designated doctors for teeth? Evidence has been uncovered suggesting the Chinese used acupuncture to treat pain associated with tooth decay as early as 2700 B.C.E.

Additionally, in 500 B.C.E., Hippocrates and Aristotle wrote of treating teeth and oral diseases by using sterilization procedures and red-hot wires. They also spoke of using these red-hot wires to stabilize jaw fractures and bind loose teeth.

According to the Academy of General Dentistry, the 1600s and 1700s were a gold mine of innovation in the dental world. In 1695, Charles Allen published the first ever English dental textbook entitled The Operator of Teeth. In the book, he advises using a homemade toothpaste from powdered coal, rose-water, and “dragon’s blood” to keep teeth clean and white. Allen also suggests using dog’s teeth for transplants and even references wisdom teeth in his book.

In the 18th century, Pierre Fauchard was well ahead of his time in the medical practice when his master work The Surgeon Dentist was published. For the first time, dentistry was described as a modern profession. Some notable highlights in the book include sugar being the cause of dental caries (cavities), braces being used to correct teeth position, and the concept of a dentist’s chair light.

The discoveries and inventions of the 1800s were significant. In 1816, Auguste Taveau developed the first form of dental fillings made out of silver coins and mercury. In 1840, Horace Wells demonstrated the use of nitrous oxide to sedate patients and Thomas Morton employed the use of ether anesthesia for surgery.

That same year, Horace Hayden and Chapin Harris boosted modern dentistry by opening the first dental school, inventing the modern doctorate of dental surgery, and starting the first dental society. By the end of the 1800’s, porcelain inlays, the first mechanized dental drill, and the toothpaste tube had all been invented.

Scientific Advancement of the 1900s

The scientific development of the 1900s gave birth to some amazing advancements in the dental industry. Electric drills became available due to the invention of electricity. In 1907, precision case fillings made by a “lost wax” casting machine was invented to fill cavities, and Novocain was introduced into US dental offices.

In 1955, Michael Buonocore described the method of tooth bonding to repair cracked enamel on teeth. Years later, the first fully-reclining dental chair is introduced to put patients and dentists at ease.  By the 1990s, “invisible” braces were introduced, along with the first at-home tooth bleaching system.

What Will the Future of Dentistry Hold?

Today, dental professionals are investigating the links between oral health and overall health. The use of gene-mediated therapeutics to alter the genetic structure of teeth to increase resistance to tooth decay is receiving attention. Some researchers believe that there may be a way to grow a new tooth structure around weakened enamel. Only time will tell what the future of dentistry will bring, but our office is dedicated to seeking the most effective modern technologies as they arise.

Schedule your visit to our office and experience what modern dentistry can do for you. 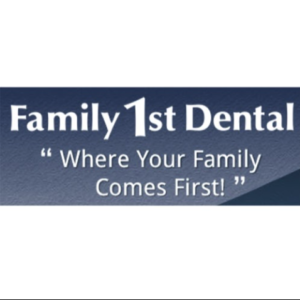 A canker sore can make eating, drinking, and talking difficult and even painful. Maintaining your oral health by brushing and flossing may also be difficult with a sore in your mouth, but keeping up with your daily oral hygiene routine […]

During pregnancy, it is essential that you don’t neglect your oral health. A fluctuation in hormones can cause drastic changes in your mouth. Oral health complications have been linked to increased risk in other significant overall health issues. Here are […]

Primghar IA Dentist | I Chipped a Tooth! What Can I Do?

It usually starts pretty innocently. You’re biting into your favorite hard candy and suddenly you realize that there’s one little hard piece in your mouth you can’t seem to dissolve. You check it out and fear overcomes you when you […]